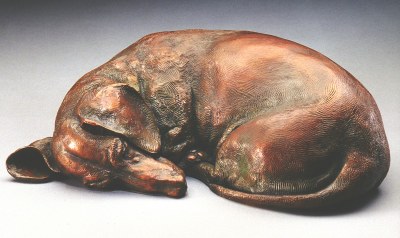 Intellectual property is a property right that can be protected under federal and state law, including copyrightable works, ideas, discoveries, and inventions. The term intellectual property relates to intangible property such as patents, trademarks, copyrights, and tradesecrets. Thus, in today's legal marketplace most registered patent attorneys hold themselves out as intellectual property law attorneys, as opposed to merely a patent attorney. A patent is the right to exclude others from making, using or selling the invention throughout the United States of America. In short, others may not make, use or sell the patented invention without the authorization of the patent owner. A patent then, is a limited monopoly granted by the government for the term period of the patent. After the patent expires, anyone may make, use or sell the invention. The issuance of patents, trademarks, and copyrights is governed at the federal level by the standards and regulations of the U.S. Patent and Trademark Office.

Trademarks identify the goods of one manufacturer from the goods of others. Trademarks are important business assets because they allow companies to establish their products reputation without having to worry that an inferior product will diminish their reputation or profit by deceiving the consumer. Trademarks include words, names, symbols and logos. The intent of trademark law is to prevent consumer confusion about the origin of a product. In the United States trademarks may be protected by both Federal statute under the Lanham Act, 15 U.S.C. §§ 1051 - 1127, and states' statutory and/or common laws.

The U.S. Copyright Act, 17 U.S.C. §§ 101 - 810, is federal legislation enacted by Congress under its Constitutional grant of authority to protect the writings of authors. See U.S. Constitution, Article I, Section 8. Evolving technology has led to an ever expanding understanding of the word "writings". The Copyright Act now covers architectural design, software, the graphic arts, motion pictures, and sound recordings. Because federal legislation invalidates inconsistent state law, the copyright field is almost exclusively a Federal one.

A copyright gives the owner the exclusive right to reproduce, distribute, perform, display, or license his work. The owner also receives the exclusive right to produce or license derivatives of his or her work. Limited exceptions to this exclusivity exist for types of "fair use", such as book reviews. Under current law, works are covered whether or not a copyright notice is attached and whether or not the work is registered. The federal agency charged with administering the act is the Copyright Office of the Library of Congress.

In an era of globalization, IP rights must be protected and regulated at an international level. The U.S. Department of State explains why countries protect inventions; literary and artistic works; and symbols, images, names, and designs used in commerce on a Web site it dedicates to this subject. Countries protect IP "because they know safeguarding these property rights fosters economic growth, provides incentives for technological innovation, and attracts investment that will create new jobs and opportunities for all their citizens…. In the United States alone, for example, studies in the past decade have estimated that over 50 percent of U.S. exports now depend on some form of intellectual property protection, compared to less then 10 percent 50 years ago."

The laws protecting intellectual property in the United States exist at both the state and federal levels. State laws cover a broad spectrum of intellectual property fields, from trade secrets to the right of publicity. The laws differ somewhat from state to state. At the federal level, the Constitution and legislation authorized under the Constitution deal exclusively with patents and copyrights, and partially with trademarks and related areas of unfair competition.

Intellectual property protection first became an important issue at an international level during trade and tariff negotiations in the nineteenth century, and has remained so ever since. One of the first international treaties relating to intellectual property in the broadest sense was the International Convention for the Protection of Industrial Property, or the Paris Convention. Written in 1883, the treaty created under the Paris Convention provided protection for such properties as patents, industrial models and designs, trademarks, and trade names. Over 100 countries have signed the Paris Convention treaty, and it has been modified several times. Two of the most important provisions of the treaty relate to the rights of national treatment and priority.

Enforcement and protection of IP at the international level has historically been extremely complex. Laws have varied significantly from country to country, and the political climate within each country has influenced the extent of protection available. Separate legislation and treaties specifically addressed relevant procedures, conventions, and standards for each area within the scope of intellectual property, such as copyright or trade secrets.

Many U.S. and international laws relating to intellectual property were significantly altered with the 1994 passage of the General Agreement on Tariffs and Trade (GATT). In fact, the member nations that signed the GATT committed themselves to a higher degree of intellectual property protection than had been provided under any earlier multinational treaties. Under the guidance of the World Trade Organization (WTO), all member nations were required to adopt specific provisions for the enforcement of rights and settlement of disputes relating to intellectual property. Under these provisions, trademark counterfeiting and commercial copyright piracy are subject to criminal penalties.

Today, the strong protections of intellectual property are recognized as one of the cornerstones of the formation and growth of small businesses in the United States, especially since the advent of the Internet and other new technologies have placed a premium on new ideas and innovations. Intellectual property allows individuals who come up with a new idea to enjoy the exclusive use of that idea for a certain period of time, which can be a significant monetary incentive for entrepreneurs. But intellectual property law is extraordinarily complex, so small business owners interested in IP issues should consult a legal expert in order to protect themselves to the full extent of the law. "The law on intellectual property … is everywhere both comparatively new and in flux," observed The Economist (US). The rapid and worldwide spread of access to the Internet as well as the ease with which electronic data may be copied and manipulated pose new challenges to the existing network of IP regulations. Laws surrounding IP rights will likely see many changes in the coming years as we adjust them to the new demands created by the information age.

I would like to thank USLegal.com for these Intellectual Property Law & Legal Definitions, that are taken in their entirety from:

The United States Department of Justice